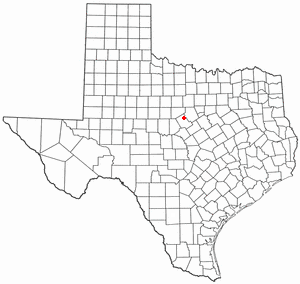 De Leon dih LEE-on is a city located in Comanche County in the U.S. state of Texas. The population was 2,246 at the time of the 2010 census. It is commonly associated with being named after the Spanish explorer Ponce de Leon, but the town is actually named for its location on the Leon River de Leon in Spanish, which flows directly north and east of the community, and drains into nearby Lake Proctor. Source: Wikipedia