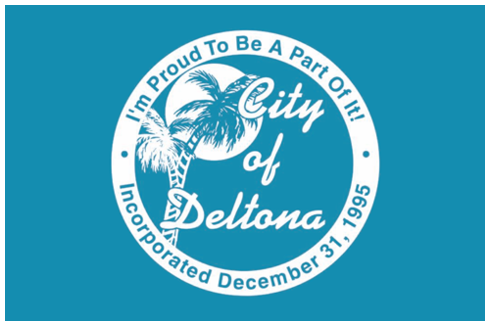 Deltona is a city in the U.S. state of Florida and the most populous city in Volusia County. It is located on the northern shore of Lake Monroe along the St. Johns River in central Florida. As of the 2010 census, the city population was 85,182. The city is part of the Deltona–Daytona Beach–Ormond Beach, Florida metropolitan statistical area, which is grouped with the larger Orlando–Lakeland–Deltona, Florida combined statistical area. Source: Wikipedia