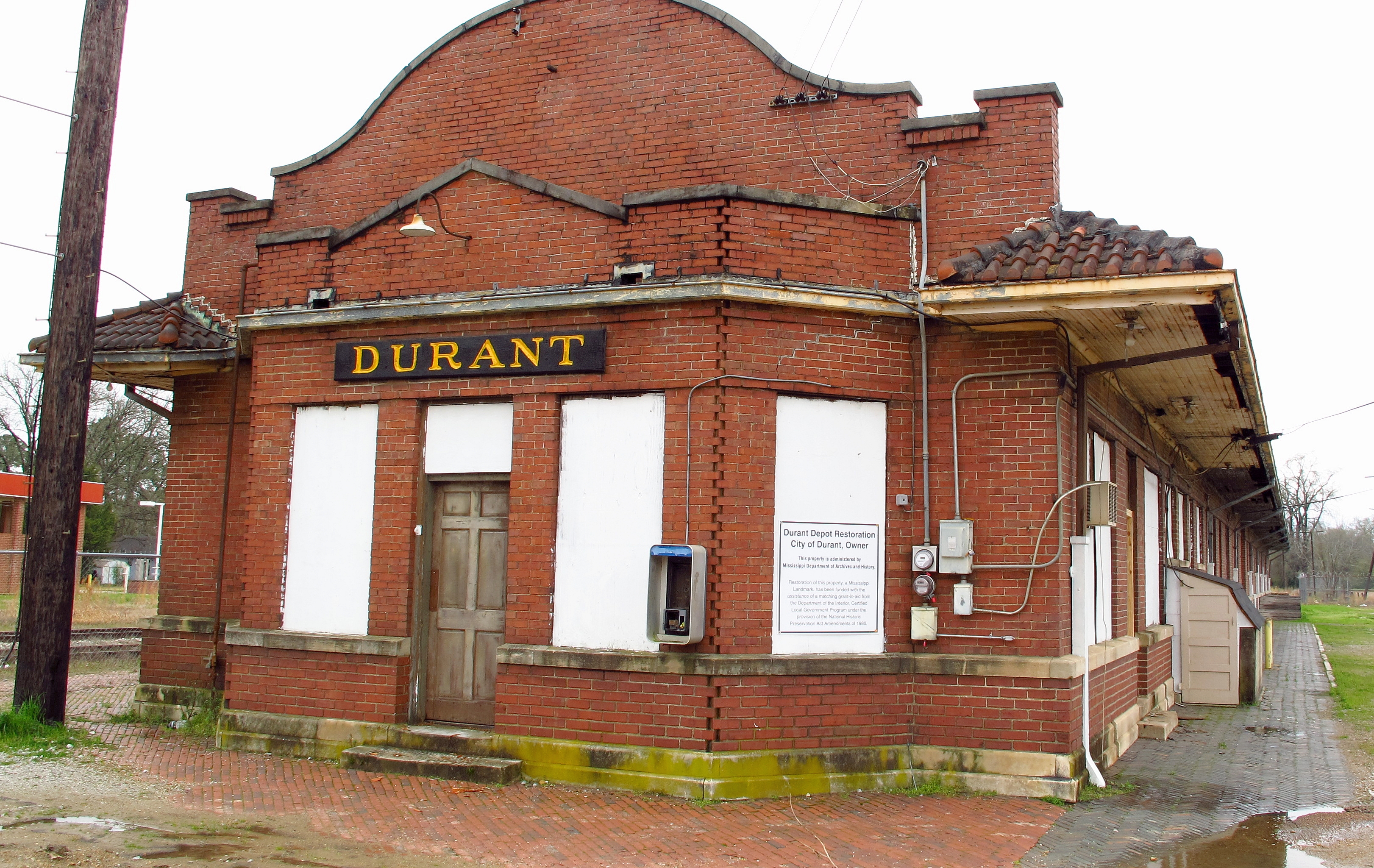 Durant is a city near the central eastern border of Holmes County, Mississippi, United States, and Big Black River. The town was founded in 1858 as a station on the Mississippi Central Railroad, later part of the Illinois Central. Durant was named for Louis Durant, a Choctaw chief who had lived on this site before the United States undertook Indian Removal in the 1830s, forcing him and most of the Choctaw to Indian Territory west of the Mississippi River. Source: Wikipedia