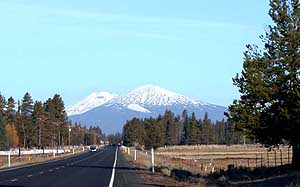 La Pine is a city in Deschutes County, Oregon, United States, incorporated on December 7, 2006.La Pine is part of the Bend, Oregon Metropolitan Statistical Area. The population was 1,653 at the 2010 census. La Pine is in an isolated area of Central Oregon, consisting of a loose collection of homes and businesses along U.S. Highway 97 about 30 miles 48 km southwest of Bend. Several peaks of the Cascade Range are prominently visible from the community. Source: Wikipedia